An Evergreen container vessel called the Ever Given became stuck in the Suez Canal on Tuesday 23rd March, blocking Europe and Asia’s main shipping route. The ship has a length of nearly 400 meters and a width of 59 meters and is among the world’s largest cargo ships. It can carry some 20,000 containers at a time. 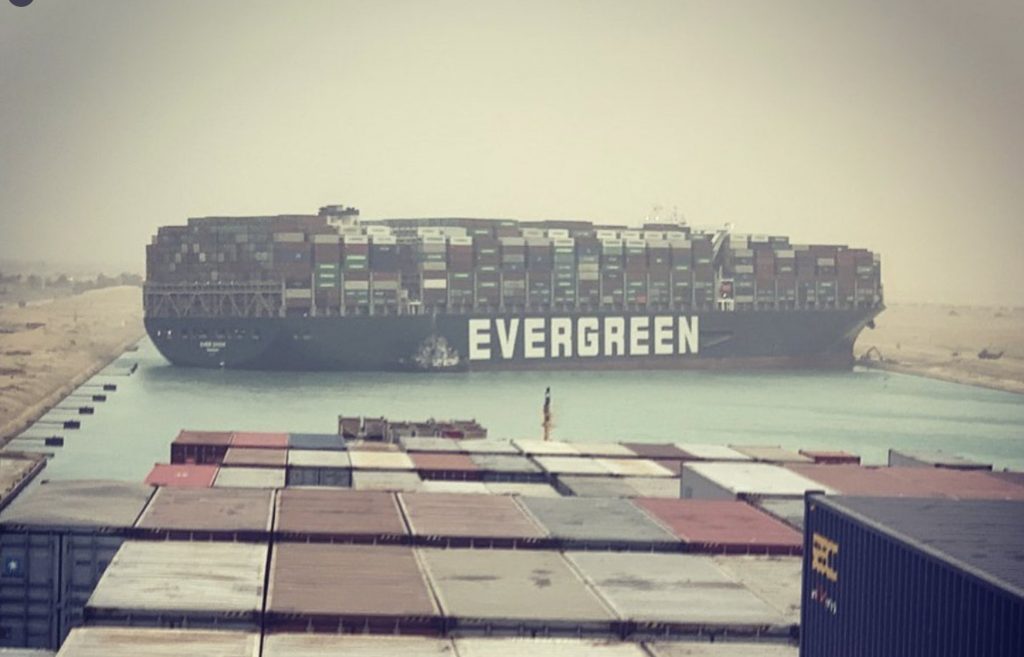 Efforts continue to refloat the vessel; however, it is estimated it could take between 2-5 days for the ship to be refloated and for the canal to recommence regular operation.

Workers have been unable to say how quickly they will be able to clear a backlog of roughly 100 ships that has built up at either end of the canal or how long it will take to remove the Ever Given entirely.

With approx. 50 container ships flowing through the Suez Canal daily, this presents a significant problem for a volatile freight market that is already under pressure. The impact will inevitably cause delays with getting goods to market and could result in blank sailings to correct schedules, causing spillover of cargoes on the Asia-Europe route until May 2021.

We’ll be in touch with all customers whose cargo is affected. However, please contact your local sales, account manager, or operational contacts if you need further clarification.